The Fiscalini Ranch Preserve is surrounded by the coastal community of Cambria, California.  Threatened by development in the 1990s after the Fiscalini family had to sell their ranch, local residents gathered together as Friends of the RanchLand to save what was then called the East West Ranch and keep it as open space in the heart of Cambria.  Friends of the RanchLand had successfully thwarted two developers but had not found a way to protect the land permanently until they reached out to Harriet and ALC in 1998.

After my first visit to the preserve in 2010, I imagined Harriet’s experience if she had been there that Saturday in early October.  After taking one of the few parking places in the cul-de-sac at the end of Windsor Boulevard, she begins walking the Bluff Trail.  It is a perfect day. Only a few lingering clouds remain in the bright blue sky after the rainstorm that passed through the night before.

Going by a couple and their leashed dog, Harriet makes her way to one of the driftwood benches just off the trail, the weathered wood positioned to take in views of the coast and the ocean beyond.  She notices otters playing in the tide pools then migrating whales navigating the Pacific.  The thud of a runner’s shoes on the wooden boards of the trail sound loud behind her.

Leaving the bench, Harriet walks the full mile of the Bluff Trail before heading back to her car.  She negotiates the narrow dirt path that crosses the end-of-the-summer-before-the-winter-rains-come brown meadow and leads to the ridge.  Looking out towards the ocean, she sees a few egrets moving gracefully through stalks of grass.  She says, “Hi!” to a hiker marching along with his trekking poles.  She passes a driftwood bench labeled with a brass marker that reads, “In Memory of our Angels….  Honoring Those Whose Works Saved the Ranch Forever.”

Coming down the hill on a path still muddy from the rain, she looks between groups of pine trees to see the waves rolling into the coast.  She examines the dry grasses waving their golden seed heads in the breeze.  A fallen tree that almost blocked her way draws her in for closer inspection.  When the dirt trail ends in the paved road that crosses the preserve from north to south, a runner calls to her, “Did you see the heron in the field over there?”

A jubilant crowd that included Harriet Burgess celebrated the dedication of the Fiscalini Ranch Preserve in November 2000. 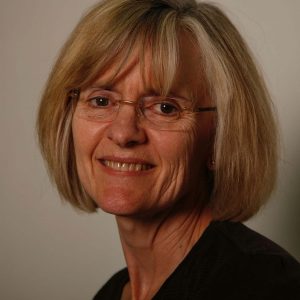 Elizabeth Austin is a historian and former librarian. Grand Canyon to Hearst Ranch is her second book. She lives in Sacramento, California.
All Posts »
PrevPreviousBear Valley
NextBolsa ChicaNext