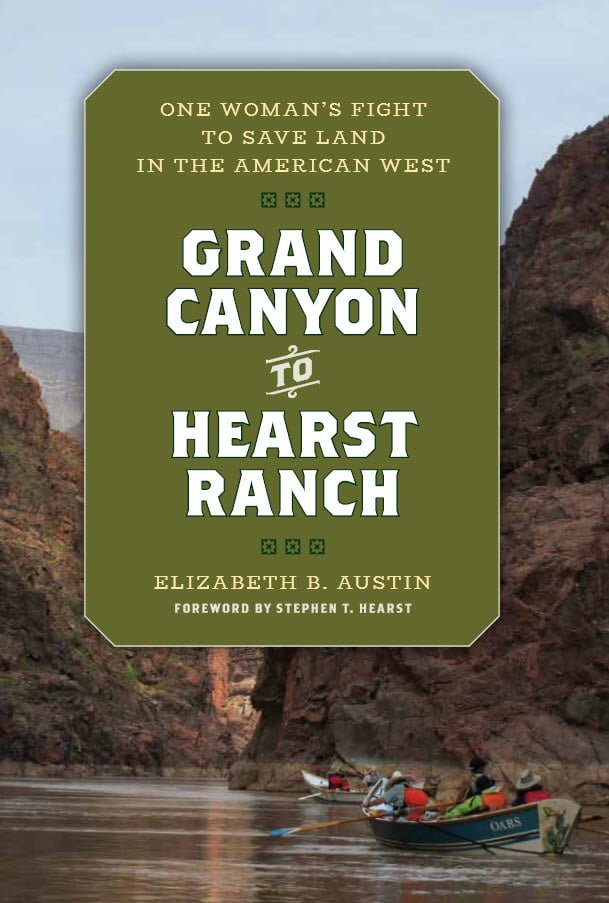 BUY ON BARNES AND NOBLE

AN EXHILARATING TRIP THROUGH THE GRAND CANYON SETS THE STAGE FOR A SERIOUS AND SCHOLARLY LOOK AT A CONSERVATION FIGHT BY AN UNLIKELY HEROINE.

Grand Canyon to Hearst Ranch is the true story of the charismatic and dynamic conservationist, Harriet Hunt Burgess.  Inspired by her first breathtaking trip in the Grand Canyon, Burgess dedicated her life to saving land for future generations.  Her story focuses attention on two critical issues:  (1) the fight to save the environment from the growing threats of climate change and the uncertainty of government protection and (2) women’s roles and rights in society.

Beginning in the 1970s, Harriet Burgess persevered through four decades—overcoming daunting obstacles and taking extraordinary risks—to conserve hundreds of thousands of acres of land in the American West.  Without Burgess, iconic and irreplaceable landscapes like the Lake Tahoe region and the California coast would be much different today.  As Harriet Burgess once explained, “The land we save is our legacy.  It’s what we give to our children.”

The Grand Canyon was the catalyst for Harriet’s conservation mission and the spark for Grand Canyon to Hearst Ranch.  Author Elizabeth Austin interweaves her own exhilarating and life-changing dory trip through the depths of the Grand Canyon with the compelling chronicle of Harriet’s early life and five of her most significant conservation achievements as founder-president of the American Land Conservancy.  The five featured projects are Topanga Canyon, Galena and the Nevada Land Exchange, the John Muir Gravesite, Thunderbird Lodge at Lake Tahoe, and the Hearst Ranch.

Combining biography, environmental history, and memoir, Grand Canyon to Hearst Ranch is a testament to the power of one woman to make a difference and the power of place to inspire. 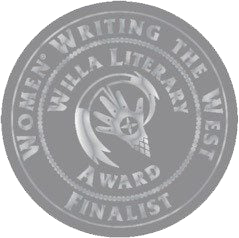 The professional librarian judges made these comments about Elizabeth Austin’s book:

“This is a very impressive biography.  Extremely well-researched.”

“The author captures and preserves the historic record in an engaging and readable way, leaving us inspired by a woman who found her calling and pursued it to lasting effect.”

“Austin does a tremendous job at blending her personal experience traveling the Grand Canyon while connecting with the remarkable life of Harriet Hunt Burgess.  Highly informative, well-researched, and rigorous in its scope.”

If you ever thought that conservation of precious places “just happens,” Elizabeth Austin’s new biography of a warrior for land conservation–Harriet Burgess–will forever change your perspective. Austin tells Harriet’s story so you are holding your breath with her through the roller coaster of ups and downs that go along with every deal. As The Trust for Public Land’s newest President, I was especially fascinated to learn how Harriet learned her craft with us before striking out on her own. Austin’s reflections on the inevitability of change and the energy that is coming from a new generation of commitment to connecting everyone to nature—to nature equity–are insightful. Thank you to Austin for documenting the creativity, risk-taking, courage and hard work that it takes to protect the places we care about most.

Diane Regas, President and CEO, The Trust for Public Land

Harriet Burgess was a woman of passion and compassion, exuding warmth and endless enthusiasm with her broad smile and engaging eyes.  Elizabeth Austin weaves a wonderful tale of Harriet’s growth and adventures with her own trip through the Grand Canyon, the source of Harriet’s drive to save land.  Her book perfectly captures Harriet’s charm wit, tenacity, and profound caring for our earth.

In Grand Canyon to Hearst Ranch – One Woman’s Fight to Save Land in the American West, Elizabeth Austin illuminates the life and accomplishments of perhaps the most effective and under-appreciated titan of land conservation in the late 20th Century – Harriet Hunt Burgess. The book captures the cyclonic energy, never-say-die persistence and generous heart that Harriet brought to saving iconic landscapes throughout the American West including the gravesite of John Muir with whom, as the book makes clear, Harriet rightly shares a place in the pantheon of conservation gods and goddesses.

A sweeping and detailed examination of an important figure in American conservation. Austin has captured the vision, the tenacity, and the fire that drove Harriet Burgess in her mission to preserve some of the most beautiful landscapes in the American West.

Kevin Fedarko, Author of The Emerald Mile: The Epic Story of the Fastest Ride in History Through the Heart of the Grand Canyon (2013) and numerous articles

Elizabeth Austin beautifully frames the compelling story of Harriet Hunt Burgess, a heroic but unsung leader of conservation in the American West, with an exhilarating tale of the Grand Canyon.  An irresistible read that inspires us all to seek and fulfill our purpose in life.

Rob Stewart, Award-Winning Journalist and Host/Executive Producer of KVIE’s “Rob on the Road”

Elizabeth Austin’s penning of Harriet Burgess’s life is brilliant and compelling. The weaving of the authors’ experiences as she sets out on a journey to retrace Harriet’s life creates a “magic pull” like that of Harriet’s beloved Grand Canyon itself. Harriet Burgess was a true force of nature – impassioned by her love of the land, driven and determined to overcome all obstacles, and divinely guided to conserve nature’s wonders for future generations. Thank you to Harriet and Elizabeth for daring greatly and inspiring all of us!

Harriet Hunt Burgess’s first river trip through the Grand Canyon transformed her into a fierce defender of public lands.  Through Elizabeth Austin’s interwoven story of Harriet’s remarkable journey from the Grand Canyon to Hearst Ranch, we can now relive and celebrate her everlasting contributions. Austin nails it: “Harriet’s legacy is the land she saved.”